Einstein said, “For the rest of my life, I shall reflect on what light is”.
How come that light is so mysterious? Perhaps we should pay more attention to light when one of the most brilliant minds was so fascinated by it. His famous equation E=mc2; energy (E) equals mass (m) times the speed of light (c) squared (2); is well known. But not many people realise that this means that light produces matter when it is slowed down. This is how hormones are produced when light enters your eyes and skin.

But before we go there, let us look at light more broadly. Light is but a small slither of the electromagnetic spectrum. The visible light spectrum (380 to 780nm) is enveloped by invisible light in the form of ultraviolet light (UV, 280-380nm) on one end and infrared light (IR, 780-300nm) on the other end. Short-wavelength UV and blue light is an activator and a stressor, whereas long-wavelength red and IR light are regenerative. About 50% of sunlight is red & IR light, while UV only makes up less than 5%.

In the early morning and early evening, there is no UV and less blue light available as the light intensity increases from sunrise to solar noon and then slowly fades. Light is dynamic and balanced in nature – a homeostasis between damage and repair. Being inside behind glass breaks that balance. Artificial light creates even more stress in the form of oxidation without offering any regenerating rays.

UV light is converting tryptophan to serotonin. It also creates dopamine and various endorphins. It lowers blood pressure by releasing nitric oxide, it creates melanin and produces the hormone vitamin D. Blue light activates the pituitary gland and is like on switch for adrenalin and cortisol. Hence it is evident that natural light is a drug we are designed to be under. Why else would sunlight create all these rewarding compounds in us?

Both UV and blue light create oxidative damage in us that needs to be repaired, which is where red and IR light come in. An unbelievable range of health benefits of red and IR has been shown in thousands of studies. Virtually every system of the body benefits from these wavelengths. This is possible as these rays are filling us with energy. This happens by making our cellular power plants more efficient and charging the water in our cells. The increase in energy allows innate repair and regeneration pathways to be activated. Thus light creates energy in us.

As we are mostly water, it is not surprising that light, especially IR light, profoundly impacts our intracellular water. IR light is the most powerful in increasing the amount of structured water, also known as hexagonal water or exclusion zone (EZ) water, in our cells. When structured water is formed, it turns into H3O2, and the extra protons go to the “bulk” water in the form of hydronium ions. The result is two separate parts of the water: next to the cell membrane, a hexagonal, honeycomb-shaped lattice of H3O2 with a negative charge and higher viscosity that excludes all solutes (hence the term exclusion zone), and the bulk water of hydronium ions with a positive charge. Essentially this creates a battery, with a positive and negative end. EZ water creates a negative charge that your cells need to function. Thus EZ water helps your cells create energy, and aids in cellular detoxification, among many other functions. Light thus charges the water batteries in you.

Light and dark not only regulate the energy and hormonal tide in us but in all life on Earth. The when of activities and changes in behaviour are governed by the changes in light. Temperature follows the changes in light conditions. With the creation of artificial light, we started to diverge from the natural rhythm, and our rhythms and hormones are being altered as a consequence.

Blue light sets the time of our master clock in the brain via photoreceptors in our eyes, called melanopsin. Melanopsin detects the changes in blue light, sets the mater clock of our circadian rhythms against which all the other trillions of clock genes in our body need to be synchronised. Thus light acts as the primary timekeeper for our biology.

The interesting thing about light is that in addition to behaving like a wave of energy, it can also act like a physical particle, a kind of chunk of light, a quantum. It’s this basic unit of light that we call a photon. Then there are so-called biophotons. Biophotons are bits of light in the ultraviolet and low visible light range that are generated spontaneously by most living cells. Research suggests that biophotons are created in the DNA that resides in the mitochondria in your cells. They are created in the 98% of each DNA molecule that is not used for genetic coding of behaviour. 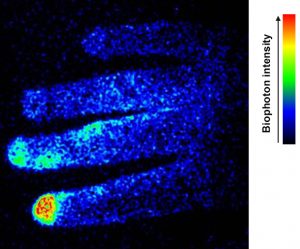 When we look at the biophoton research that has been done over the last decades, it is also clear that photons are information carriers. Our cells emit biophotons in a bidirectional way, carrying information and receiving information, thus enabling information exchange at the speed of light. It is now generally accepted that the coordination among cells in your body, coordination that happens within milliseconds and even shorter times, is orchestrated by biophotons. Biophotons are also the regulator of the 100000 biochemical reactions that happen inside every cell per second. Only photons carrying information at the speed of light — 186,000 miles per second — are able to accomplish this coordinating feat according to the laws of physics.

In fact, our capacity to capture and hold onto light is a good indicator of our health. This can be seen when measuring biophoton emissions of cells and organisms. Sick or dying cells/organisms emit more light, whereas healthy tissue emits less light. The light emissions completely stop sometime after death. Or, in the words of Prof Dr Fritz-Albert Popp, “We know today that man, essentially, is a being of light”.

I hope this sparks some thoughts, or shall we say light in you. I invite you to see and contemplate light in new ways.

Start to question light.
What light do you live under? What light do you carry in you? Where does it come from? How many shapes does it have? What does it do besides enabling vision? When it changes shape or color, when it flashes across the sky, when it touches you, does it transform you, does it shift your consciousness? When you watch the sunrise, the sunset or the night sky holds you captive, what really happens in your being?

Find answers for yourself. Most of us have forgotten. It is time we find our innate wisdom again and connect with something more than linear thinking and perception. Light can be a fantastic guide into the mysteries. Where will it take you?

Bastian is the director and co-founder of Circadian, a natural health nutter and ambassador for circadian rhythms and natural living. His own health journey led to the creation of Circadian. 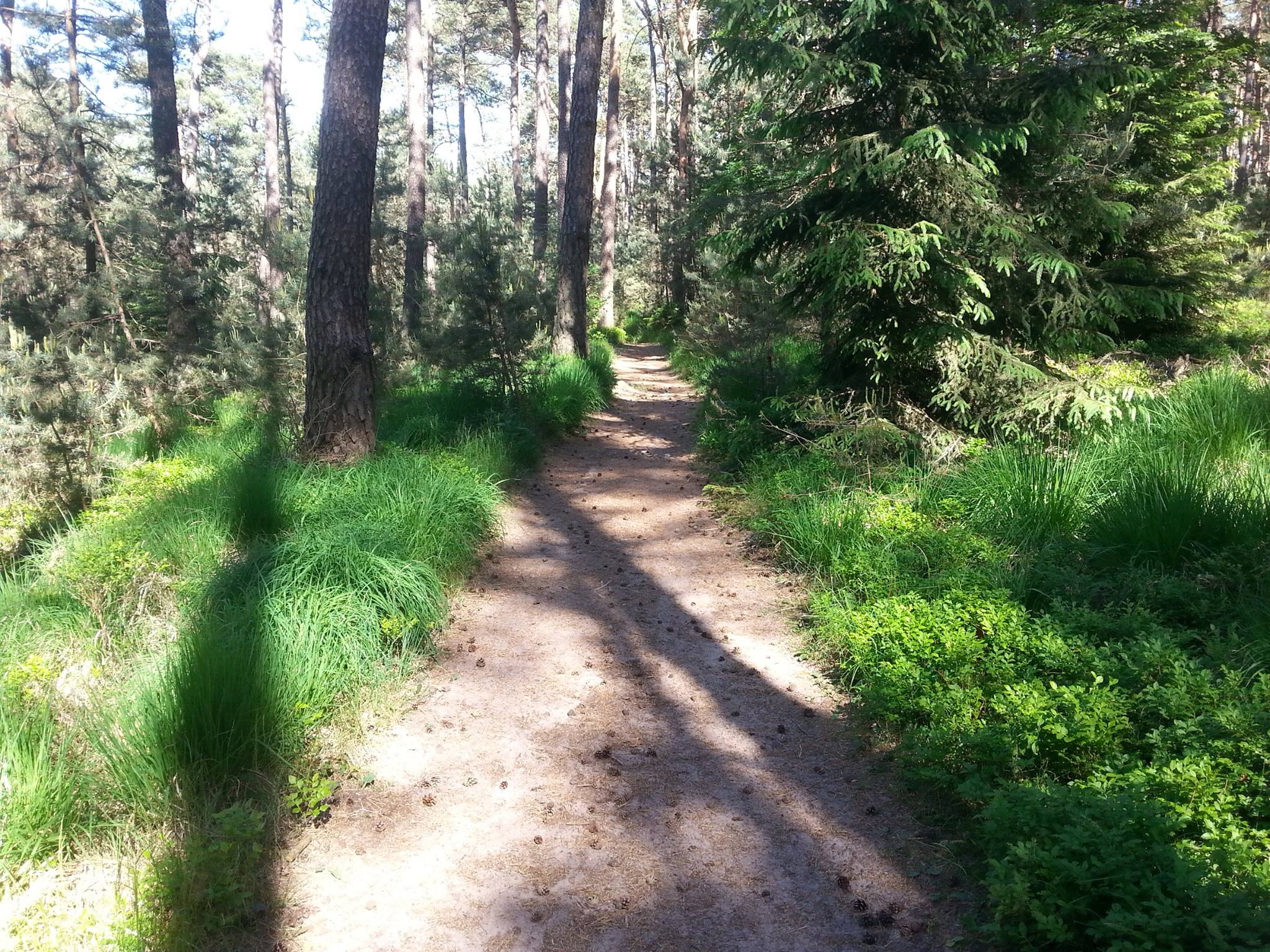 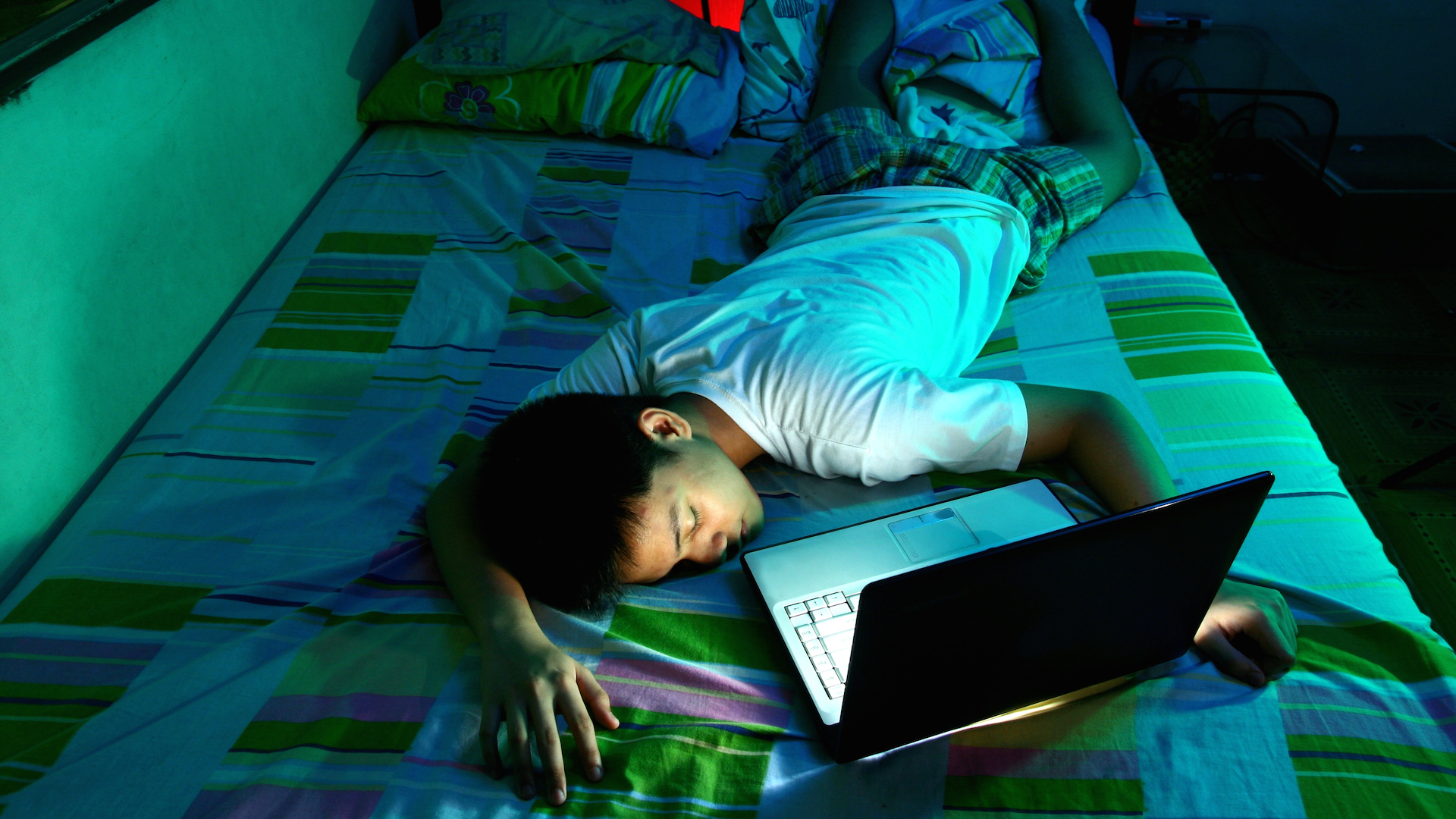 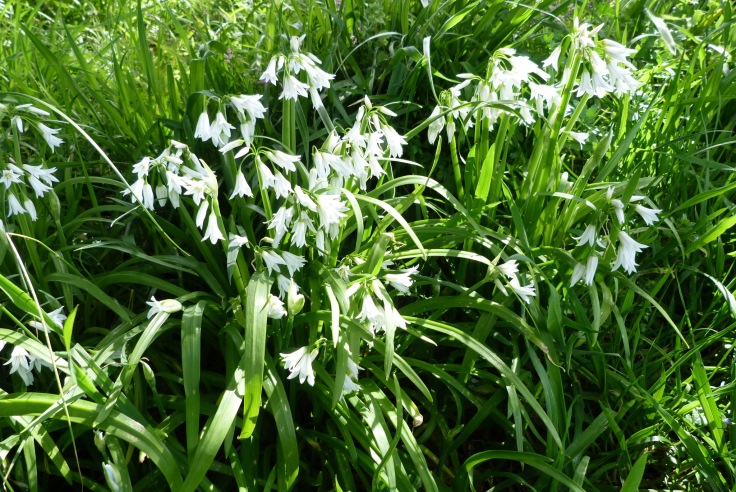 Read
By Bastian Groiss
You need anchors to stabilize, be resilient and find your way in today's confusing, complicated reality pregnant with radical change. Connecting to your local environment and building relationships with people, animals, plants, the seasons, and the food you eat is ...
read more
big picture, connection, eating, nature